What's on your mind?

I don't play this game but I heard it shut down. R.I.P.

I got some of the best 6 stars, but it doesnt feel as great as it would have before.

Can someone please tell me why that is not happening?

how to get a lot of legendary coins?

It"s not a discussion, but i"m puzzled because i redeem a killer bee at clash coin store and i can"t give him ramens to level up and says he need 170000 to level up and i don"t know why, i must say i"m new in the game :/

My gaiden Kakashi and Itachi is missing 2 dupes, is there any way to get them to full dupe and ultimate. I completed all the gaiden mission and still cant find the remaining 2 dupes. Pls help

Anyone else think we should get group unit eventually like trios and even squads like the Tailed beasts,Seven Swordsmen of the mist,Ino Shika Cho,Team 7,and others that aren't just Naruto and sasuke and there only in the Secret tequnice like unit that are named Marada and Obito,marada and harishrama ,kakashi and obito,Minato and Naruto,the PAINS vs a Sage Jiraya with that as their sercet tequnie and the art being them standing above jiraya,the Whole AKASTUKI and many others it not like they don't have stuff from the Storm Games to do justu and Secret Tequnice for this or even maybe make new stuff like Unit Super Attacks where if you have 2 or more pains you can do this instead for a Ultimate attack or two Jinchuriki you get to use this move or things like that

Why do people with the same characters as me, and less abilities starts playing first ...

What is the tie break here for the same speed ?

This shit is really pissing me off

What is the base chance (no boosts) to hit a critical hit?

So I just did the new shikamaru summon and I got him on the 3rd summon should I keep doing the summon or should I save the pearls for the next blazing bash summon.

Hello guys. I wonder, when I get rewards from Phantom Castle. Is over the event and I didnt get anything. I mean rewards from my ranking.

I just want to know if its worth it to buy the pack to get 1 of the featured characters.I am still somewhat new since i lost my account in early 2017 and restarted playing the game again.

I believe I have good enough chars, but I stiil did not get to kill him, I cant understand what Im doing wrong, he just skip all my atacks

Please help, I need a lot this huy to my body team 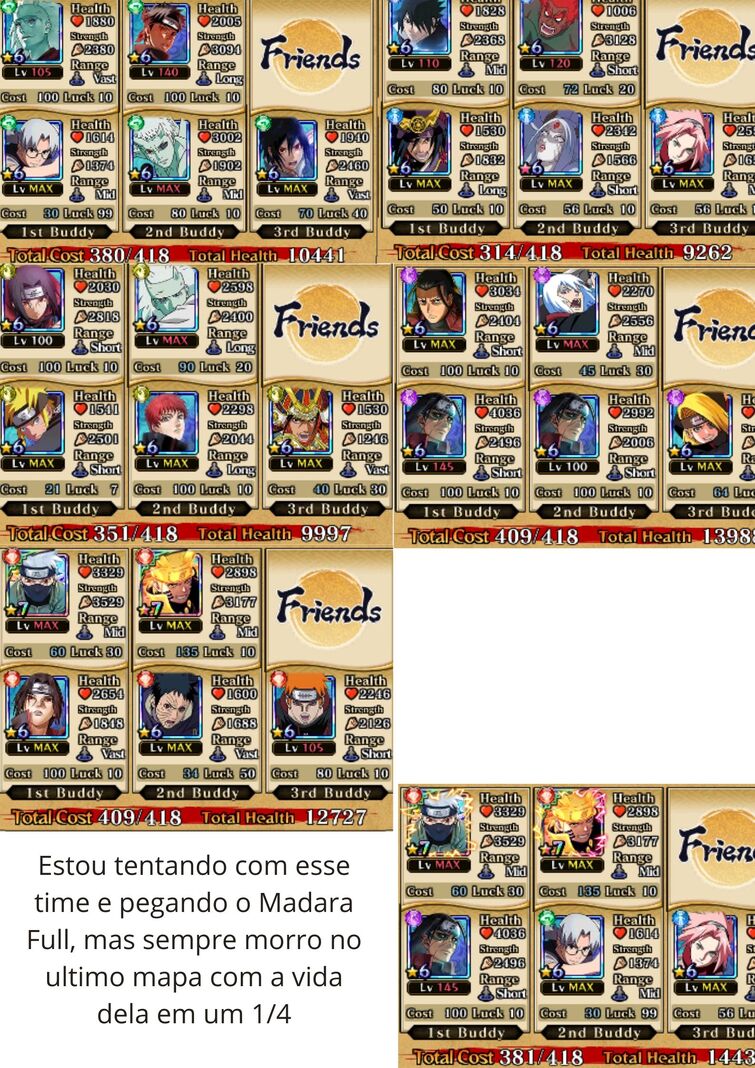 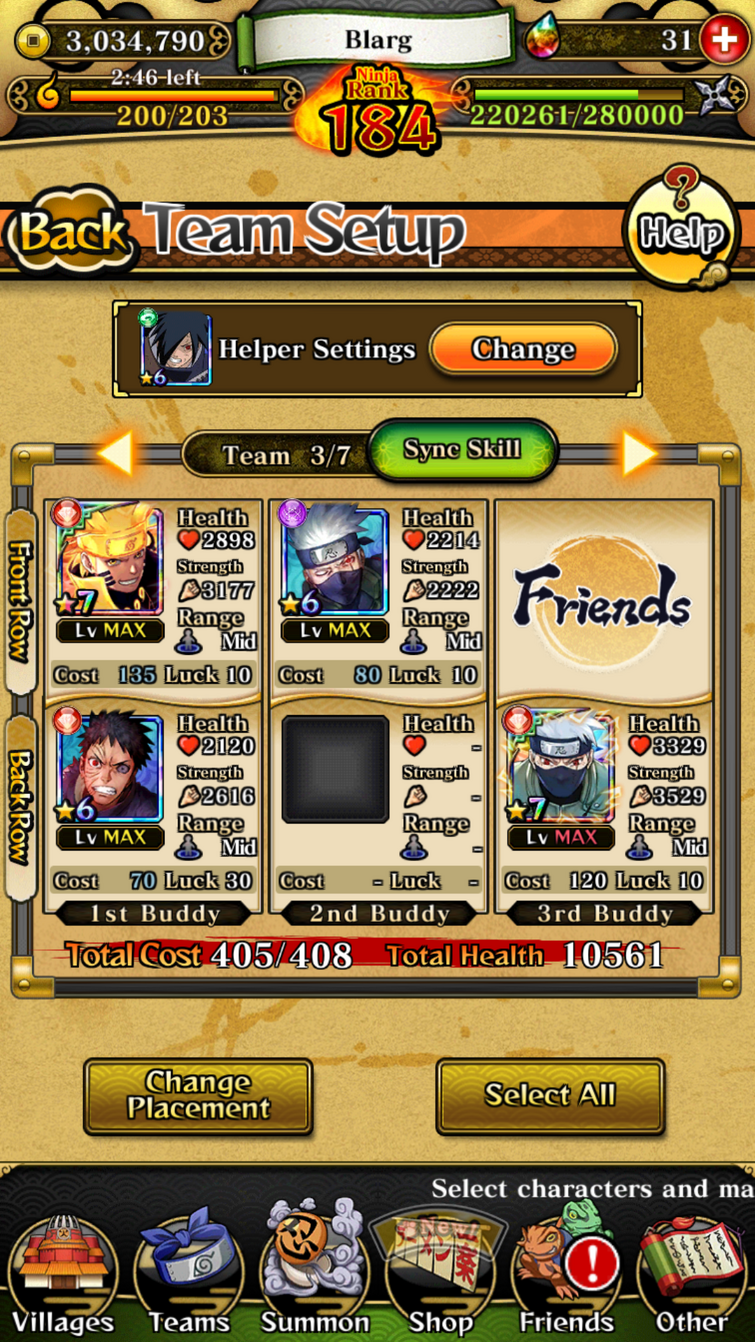 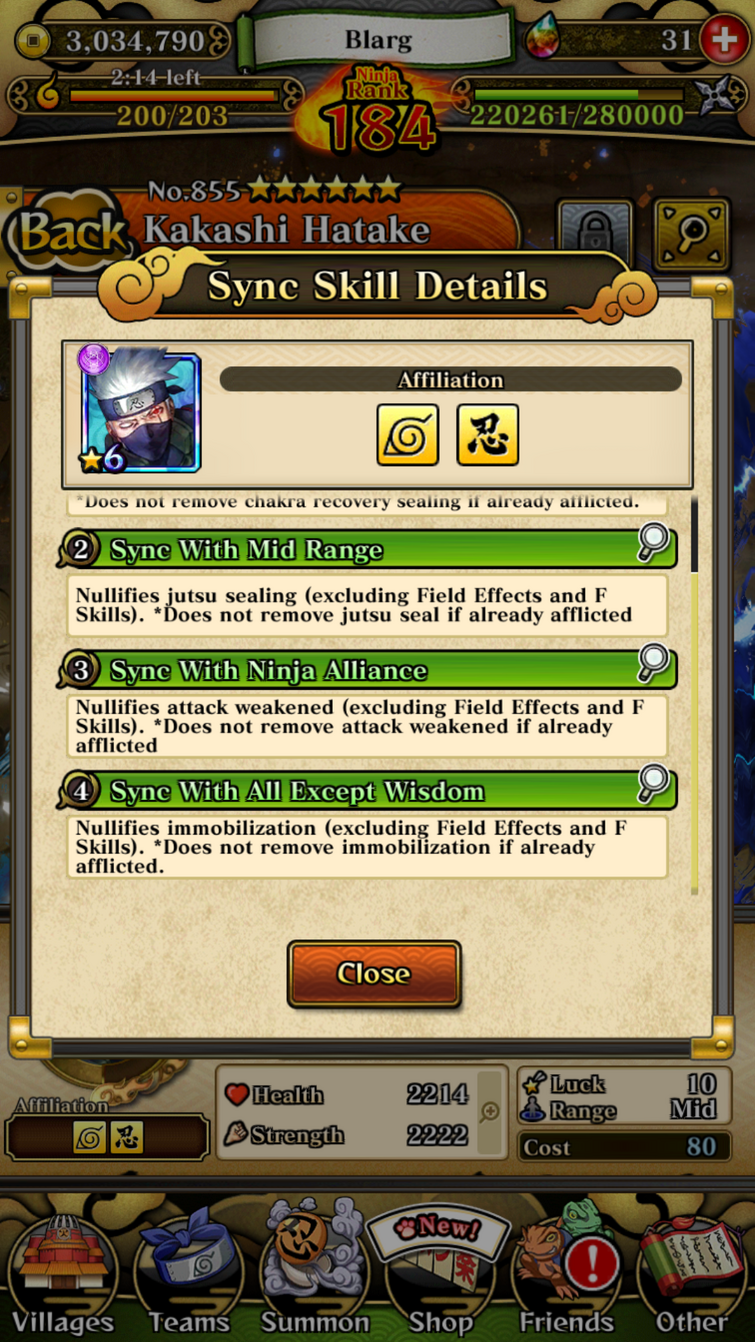 For the new super impact, the final boss uses immobilization and jitsu seal which i wanted to counter via kakashi's sync skills; however when in game while i did get them less then without him i was still consistently getting the status effects. My question is why is this happening? does it have to do with the sync skill not working on f skills and field effects? I'm not sure what f skills are as well if that could be explained.

I just started blazing, does it make sence to summon this guy, since he is guaranteed in the fourth multi or should I save my pearls for anniversary?

I may confess I dont really undestand, how does it work?

I know this abilite increases the power for ninjutsus, but whats exactly the criteria for this? I didnt find any guidance about it