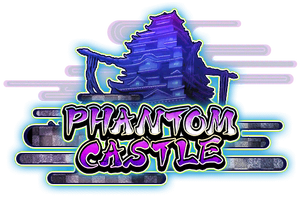 Phantom Castle is a player vs player game mode in Naruto Shippuden: Ultimate Ninja Blazing which is only available at specific periods of time (usually for about a week). Unlike most game modes in that caliber, the opponents you fight against are AI-controlled rather than being controlled by another human player.

Phantom Castle offers a few mechanics that are not available during Missions:

Phantom Castle has its own stamina system, giving you up to ten stamina points at a time with each battle using up one point. An empty stamina point will be refilled after thirty minutes has passed and it's also possible to use a Ninja Pearl to refill your Phantom Castle stamina to the max.

In a Phantom Castle Battle, the main goal is to reduce your opponent's total health to 0. There's a 16 turn limit each map and if neither teams' health is reduced to 0 with the turn limit, the winner will be the team with the highest health remaining.

Rankings are based on the total number of points you have accumulated. The kind of rewards you receive at the end of a Phantom Castle season will based on your own ranking (players having the same amount of points will get the same ranking). Note that the rankings will not be displayed instantly and will take a few minutes to update the rankings at different intervals.

Retrieved from "https://naruto-blazing.fandom.com/wiki/Phantom_Castle?oldid=46045"
Community content is available under CC-BY-SA unless otherwise noted.